Music and Lyrics by Freddy Parish 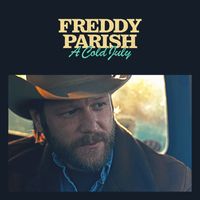 Full band show finally celebrating the release of our EP "A Cold July" on the outdoor stage at Hotel Congress. Tickets purchased for the cancelled show on 8/31 will transfer to this date. I'm excited to bring a real full country band lineup with Connor Gallagher on pedal steel, Matt Rolland on fiddle, Arthur Vint on drums, Thoger Lund on bass. 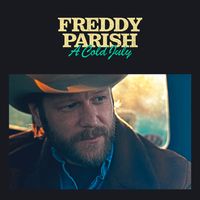 Come celebrate the release of our new EP "A Cold July" with a full band performance on outdoor stage at Hotel Congress!

"With a poet’s eye for hardship and a string-band leader’s ear for lush but focused arrangement, Freddy Parish’s A Cold July delivers a mix of lyrical brains and musical brawn that belies an artist releasing their debut." -For Folks Sake

Our first live show of 2021, with Eric Schaffer opening the night at 6:30, Freddy Parish Trio at 7:30. Socially distanced tables, all outdoor seating. Make a reservation at the Monterey Court website. No Cover.

Give Thanks for Music - Freddy Parish and Mamma Coal

On Saturday Tucsons own Freddy Parish and Mamma Coal team up for a night of Americana at the Annex’s outdoor stage. Combining their players into a six-member band featuring fiddle, dobro, banjo, and pedal steel, listeners will be treated to the harmonies and sacred sounds of string band and honky tonk country music. Singer/songwriter/guitar players Freddy Parish and Mamma Coal will lead their combined bands through a mix of originals and cover songs, backed up by Alvin Blaine on pedal steel, banjo and more, Matt Rolland on fiddle and violin, Thoger Lund on bass and Fred Hayes on drums.

Covid Plan: The Annex is following the County Covid-19 plan for outdoor events. Seats are set up in combos of 2s and 4s, with 12 feet between seats. Masks are required while not seated, and drinks can only be consumed while seated. And sadly no dancing.

Freddy Parish and the Old Town String Band, with Pick and Holler (Phx)

Freddy Parish grew up in Sonoma County, California, just down the road from where Jack London wrote "Valley of the Moon," named for the mythic translation of the Miwok "Sonoma." His Arkansas born father inspired a lifelong love of country music, from the poetry of John Prine, to the gentle love songs of Don Williams. After spending a year of high school studying abroad on the Baltic Coast in Ainazi, Latvia, he went on to spend his formative years traveling the country taking odd jobs and writing songs, and later returned to school to study Music Composition, Audio Production, and Poetry at the Evergreen State College in Washington.

After spending time in North Carolina, Virginia and West Virginia, Freddy began tracing back the roots of country music, along with his own Ozark family heritage, in a study of old time fiddle and banjo traditions. In 2018 he won 1st place for old time banjo at the West Virginia Open Fiddle and Banjo Contest. Upon settling in the Southwestern border town of Tucson, Arizona, he founded the Old Town String Band, who in 2018 released a collection of traditional songs and tunes entitled "Last Chance." The group established a monthly residency to showcase old time and traditional country music at Tucson's now shuttered listening room El Crisol. In 2021 he released an EP of original songs entitled "A Cold July" and has taken up a monthly residency at the iconic Hotel Congress in downtown Tucson.

Freddy continues to pursue his own more contemporary songwriting in the Country, Roots, and Americana genres through story telling, poetic imagery, and themes of heartache and love, existentialist dread and hope, courage, vulnerability, and the ever beckoning open road.

“Freddy Parish plays the kind of country music you heard on your Daddy's record player. His strong, clear voice carries just enough sweetness to help the heartbreak go down smoother.”